Skip to content
Finally The large social media giant In the world has released six new Emotions to express feeling for the Facebook users. It was running last six months as experimental for few countries but from now on it is given to use from all 160 countries in Facebook .
Definitely it is very logical ways of exchange feeling with these extra six emoticons without like button. But there is no dislike button in this list. The new six Facebook emoticons are
‘Love (Love)’, ‘lol (Haha)’, ‘Yai (Yahoo)’ “WOW (Wow) ‘,’ syada (Sad) ‘and’ Angry (Angry)
Lots of fan wanted to have dislike button. But finally Facebook has added six new emoticons without dislike. 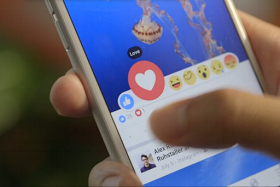 Facebook CEO Mark Zuckerberg quoting AFP report, the worldwide Facebook users soon 6 new Emoji will be exposed. Emoji As a result, the anger, sadness, excitement, laughter, and allows Facebook users to express love. This  morning in Facebook I have seen   ‘Like (like)’, ‘Love (Love)’, ‘lol (Haha)’, ‘Yai (Yahoo)’ “WOW (Wow) ‘,’ syada (Sad) ‘and’ Angry (Angry) ‘button already available.. Zuckerberg said, we want to make sense of what people like, so they can share everything.Facebook seems to think it will be easier to change people’s feelings.
Facebook authorities in Chile, the Philippines, Portugal, Ireland, Spain, Japan and Colombia, users had use six new Emoji experimentally.  And Now 160 million users around the world Like (like) can be used in more feelings button.
I hope you will enjoy too use these new emoticons in Facebook. By the by How to use these new six Facebook emoticons?
It’s very easy just press and Hold on the like button and you will see rest of the six new emoticons will pop up and just choose one from six of them for expressing your feeling.