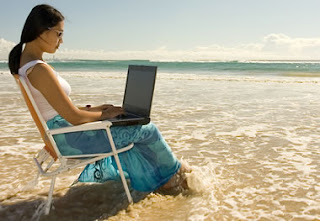 It’s been around for a while actually – longer than the title of this post suggest so sorry about that. Working late makes me get slack on my post titles I guess.

Mind you, mobile broadband is now climbing stairs as far as speed and reliability are concerned – provided you live in the right place – so I suppose it is new again
, at that. With 4G having been released in metropolitan locations last year (I still haven’t seen it but I am told it is pretty darn fast) there’s a fresh wave in the possibilities of mobile broadband.

Mobile Broadband – the Technology That is Currently Surging the Internet Market

Mobile broadband, btw, is anything that uses a SIM card to deliver the internet. In this post I am specifically concerned with talking about dongles. Work related broadband in other words, rather than mobile internet on a phone or other handheld device.

The purpose of mobile broadband is twofold. One: to keep you connected wherever you go; and two: to make sure that connection is secure. Some home broadband providers, for instance (mine does this) will allow you access for free to their public wi fi hotspots when you leave the house with a laptop – but that means switching all your computer settings every time you do it to reflect the fact that you are going from an encrypted or security enabled network to a public one.

Using mobile broadband instead (again, as noted above, as long as you are in the right part of the country) keeps you as secure as you would be on your home network. The signal flies around in the mobile masts instead of through an old phone line but the principle is the same.

For almost all business users (except poor little old me out here in the sticks), mobile broadband is guaranteed to work at least at 3G speeds wherever they go. That’s because nearly all business travel is done between urban locations, where there is plenty of mobile coverage and so plenty of choice. If you live out in the boonies like I do then you have to be a lot more picky about who you choose – though to be honest, once you leave suburbia and start talking about the countryside proper (my nearest motorway is a two hour drive from here) then no mobile broadband connection will give you more than EDGE.

That said, I don’t use my mobile broadband around here for the simple reason that I live here and have home broadband. I keep many mobile connection for business when I am away from home – which means of course that I have travelled to a city, where I can get 3G connections all day long on my network.

4G apparently makes things even quicker – to the point where download speeds in optimum conditions can nominally exceed the speeds you get on a home broadband line. As yet it is still pretty hard to get a definitive 4G service outside of London or Birmingham but that will change soon enough.

For me, the purpose of a mobile broadband connection is almost exclusively concerned with going away from home and still wanting to have a secure and reliable internet connection. But in the past I have used them as my primary internet connections. It’s mostly been an appalling experience because of the coverage problems I alluded to above – but if you live in a city, in rented accommodation where you can’t or don’t want to get a phone line put in, then using a mobile connection instead is a very good way to go.

It also works well for students, for the same kinds of reasons. While you are moving home every few months, or even every year or two, a mobile broadband connection in a good coverage area is much more sensible than paying to have a phone line installed and connected (which can cost a horrendous amount of money) every time that you move. The mobile broadband connection does for your laptop what your normal mobile contract can do for your telephonic existence. You stay connected, you know how much you will be paying every month- and you can take your world with you when you move on.